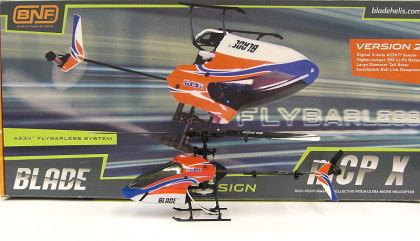 When the first Blade MCPX hit the market back in early 2011 it came with a lot of hype which instantly made it a success with pro and amateur pilots alike. After the hype had settled there were reports of a few issues such as instability, power shortages and of course short flight times. 6-9 months went by and people were still moaning and having to carry out modifications to make the helicopter do even the basic of manouveres but luckily Horizon Hobby announced that a new and improved Blade MCPX would be arriving soon. 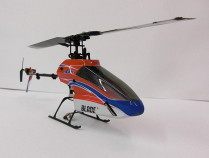 First off, they have enhanced the 3 in 1 controller by generating a digital version which offers a far more stable hover whether normal or inverted as well as being more responsive resulting in much better flips, rolls, and funnels. They also beefed up the tail rotor for far better piro rates and have moved from a 25c battery to a 30c battery offering a slightly greater flight time and generally a lot more fun.﻿ 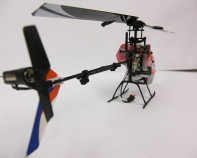 Along with a few other Blade helicopters the MCPX shares a "Coreless Direct Drive" tail motor which offers super quick speed changes, this helps keep the tail in check while perfoming basic circuits and aerobatics. However, once you start pushing this little helicopter beyond its envelope you will find you start to get the odd blowout from time to time but for me this is not an issue as you very quickly start to learn better collective control. 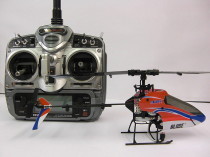 Even though alot of people would say the Blade MCPX V2 is for the intermediate and Expert flier I do fully believe that this could be used as a nice step up from the fixed pitch Blade MSR. It's light weight meaning it crashes well, offers a relatively stable flight in-doors and can be used on a summers day out-doors too. One thing to remember this is a micro collective pitch helicopter offering the user the change to perform 3d flight for around £125 (BNF)﻿ 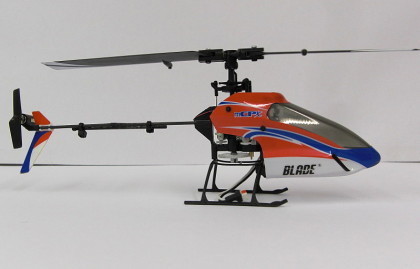 Some eagle eyed people will notice the two tie raps and an extra piece of carbon fibre on the tail boom; on the second flight I was messing around with thottle and pitch curves which worked perfect in normal flight but as soon as I flipped it inverted it went totally wrong and smashed into the window then the floor! Broke the boom! Was not impressed at all but one nice feature I learnt was it disarms the thottle when it senses a crash to save any further damage from a chicken dance, however too late this time.﻿