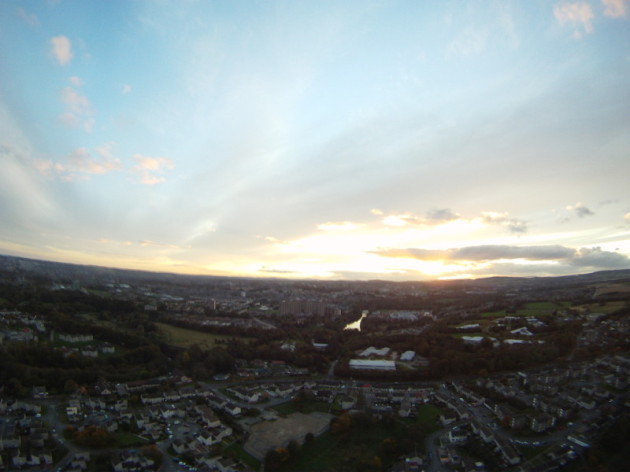 Really a day to forget, started off flying the Trex 450Pro but totally lost orientation while showing off to my folks & the girlfriend. Short story is it hit a tree but it landed on the skids so only the main gear and flybar to replace.

Second flight was with the Tricopter again LOS due to fatsharks being flat, GoPro was set to take pictures only but again it ended in the dirt after 4 mins of flight. Left arm Deans connector spring failed causing a loose connection, started leaning left then the motor kicked back in and flipped before I could save it. Right motor ripped off and rear arm snapped but had already started V3 anyway so all not lost :-)﻿.