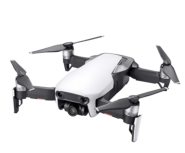 Selling in the UK for £769 delivered including taxes its going to be a very popular items for DJI.