Lexus the car maker have used quads in one of there new adverts and plan to do so for a few more. Check out the video below and click here for a behind the scenes.

US Man charged with "Reckless Endangerment" 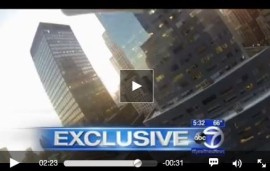 Its been a bad few weeks for First Person view but this one goes down to complete stupidity and if there was ever a what not to do then this is it! A 34 year old man from brooklyn bought a DJI Phantom and decided the best place to learn to fly was on a balcony in the middle of New York City! In his own video that helped the NYPD nail David Zablidowsky he is clearly seen at the controls of the drone. The video recovered by a financial analyst who handed it over to Eyewitness News, after he nearly took a direct hit when the small helicopter drone similar to this one, crashed at his feet while walking near Grand Central. Days after the video aired on Eyewitness News, Police arrested Zablidowsky for “reckless endangerment” for “flying a remote control helicopter off a balcony, losing control, causing it to crash to the ground from an unreasonable height creating a substantial risk of serious physical injury.” The reckless endangerment charge is a class A misdemeanor which if he’s found guilty could lead to a stiff fine. “The individual was not in control of that vehicle from take off to landing,” said former pilot JP Tristani. Tristani says the FAA has to get a handle on this because drones will grow in popularity and even the small ones pose a threat to airrcraft. The FAA has yet to come up with concrete rules for unmanned aircraft systems in the US but has said that “UAS operations are currently not authorized in Class B airspace which exists over major urban areas”.

A link with the original news story and video can be found here. 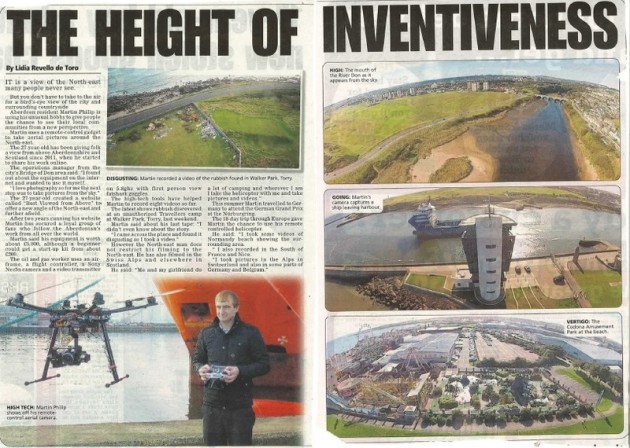 Well today I made the local news paper in Aberdeen which is the Evening Express, started with just a phone call and after supplying a few pictures it was done and dusted but surprisingly they published the next day! A two page spread infact! Very embarrassing but good all the same i suppose for publicity. 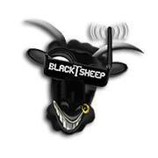 The Complaint alleges that on or about October 17, 2011, Mr. Pirker (a Swiss citizen residing overseas) was the “pilot in command” of a “Ritewing Zephyr powered glider aircraft” in Charlottesville, Virginia. Compl. It next asserts that “[t]he aircraft referenced above is an Unmanned Aircraft System (UAS).” As a matter of undisputed public record, a Ritewing Zephyr is in fact a popular type of radio-control model airplane made of a kind of styrofoam and weighs approximately four and a half pounds once equipped with batteries, radio, motor, and other components.
The Administrator alleges that Mr. Pirker’s Zephyr was equipped with a camera, that Mr. Pirker operated the model for the purpose of supplying aerial video and photographs of the University ofVirginia campus to an advertising agency, and that he was compensated by that firm for the video and photographs. 4-6. The Complaint notes that Mr. Pirker does not hold an FAA pilot’s certificate.
The balance of the Complaint sets out a list of allegedly dangerous characteristics of Mr.Pirker’s operation of his model airplane on October 17, 2011. It alleges that he “operated the abovedescribed aircraft at extremely low altitudes over vehicles, buildings, people, streets, and structures.” More specifically, it alleges, inter alia, that he operated the model airplane “through a UVA tunnel containing moving vehicles,” “below tree top level over a tree lined walkway,” “within approximately 15 feet of a UVA statue,” “within approximately 50 feet of railway tracks,” “within approximately 25 feet of
numerous UVA buildings,” and “directly towards a two story UVA building below rooftop level and made an abrupt climb in order to avoid hitting the building.”

A copy of the offending video can be found here, make your own minds up.

Past News and Product Releases from the Year 2012, what was happening, what was new?﻿