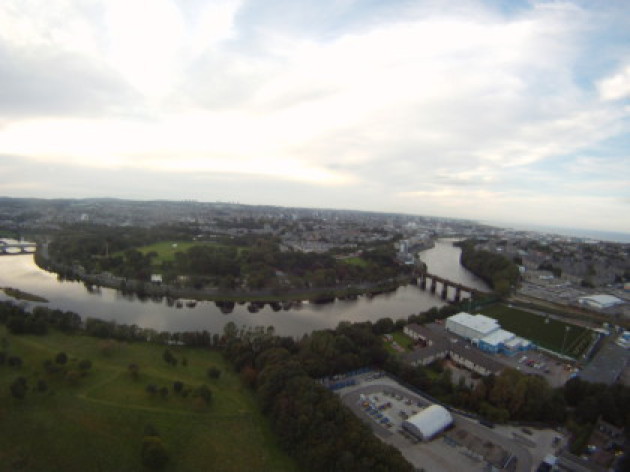 Various Pictures from two locations in Aberdeen, The Duthie Park and West Tullos Nature Reserve, sadly was having some issues with my new yaw mechanism plus the wind above the tree's was unreal! At one point I thought I was going to have to ditch it as got a little further away from me than planned but kept fighting the wind and managed to get it back safe and sound.

Lessions learned: Used Gyro vibration pads to hold the servo in place to limit vibration getting back to the KK which seemed a got idea on the ground but with the wind it caused the tail to oscilate which never stopped until landed. It was like having the gyro gain to high but worse!