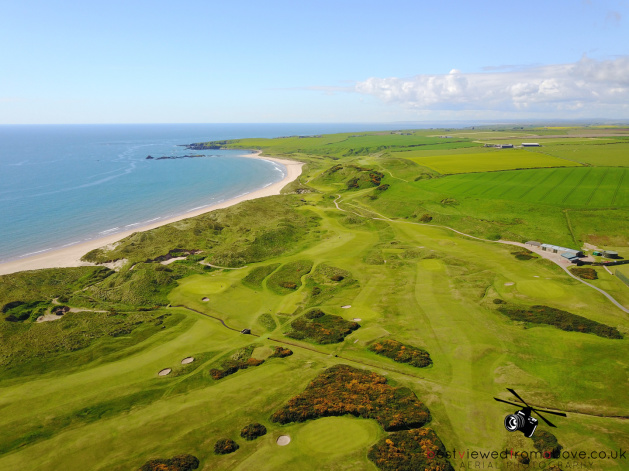 A few Aerial Pictures of the town of Cruden Bay including the stunning golf course, bay area and a few of the housing developments.

Cruden Bay is a small village in Scotland, on the north coast of the Bay of Cruden in Aberdeenshire, 26 miles north of Aberdeen. Just south of Slains Castle, Cruden Bay is said to have been the site of a battle in which the Scots under King Malcolm II defeated the Danes in 1012. Traditionally, the name was derived from the Gaelic Croch Dain (Slaughter of Danes).

Today, Cruden Bay attracts tourists with its hotels and golf course. It has a long, unspoiled, beach made famous by Norwegian aviator Tryggve Gran who made the first solo flight across the North Sea." Wikipedia