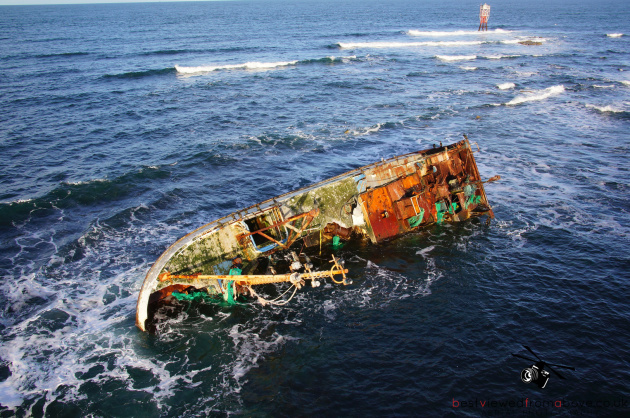 Aerial Pictures of the Banff registered Sovereign BF380 which ran aground off the coast of Inverallochy near Fraserburgh during a stormy night back on 18th December 2005. At the time of the accident there were 5 crew members on-board who all were saved and rescued by a sea king helicopter from RAF Lossiemouth.

The vessel was left listing at an angle of 30 degree's for sometime but due to weather and decay she is nearly completely on her side as you can see in the photo's.

Here's another fact for you - The image of the boat was doctored and used in the poser for the "Life of PI" blockbuster film.

Want to see a video of the wreck? Click Here