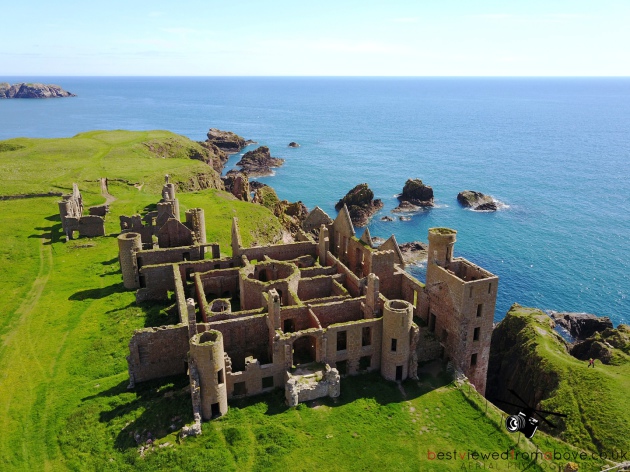 Slains Castle (New) was originally build around 1597 by Earl of Erroll where over it's long life it had numerous upgrades and extensions before it was sold to Sir John Ellerman the wealthy owner of Ellerman Shipping in 1913.
It was rented out for a little over 10 years before the roof was removed to avoid paying taxes. The building exposed to the North Sea elements very quickly deteriorated tp the condition its in today.

There were rumors that there were plans to restore the castle however the plans were put on hold due to the economic climate Scotland was going through at the time.

Not the best of Photo's, only had 3 minutes of battery left after doing the golf club flight.