Photojournalist arrested after filming with drone near Gatwick airport

A freelance photojournalist who carries out aerial photography work using a flying drone has accused police officers of dangerous behaviour, after they arrested him while he was filming near Gatwick airport and attempted to land the drone themselves.

Eddie Mitchell, who works for a range of organisations said that he was released with no further action after he was held for hours following his arrest while gathering imagery relating to a fatal fire near Lingfield.

Mitchell, a trained drone pilot who is also one of the few journalists with approval from the CAA to commercially operate Small Unmanned Aircraft said he did not need to advise air traffic control as he was operating a drone weighing under 7kg at the time.

“I identified myself to the police at the scene" then “Twenty minutes later, while I was flying it a sergeant arrived and shouted ‘get the drone down now’. I said that I couldn’t talk as I had it in the air. All three of them then came at me, ripped the controller from my hands and slapped cuffs on me.”

“All three of them tried to bring it down. They were passing the controller between them but it was all over the place.”

He added that drone was eventually brought back to the ground with a thud but after it had completed what he described as some dangerous manoeuvres.

We in the United Kingdom are leading the way in keeping us First Person View (FPV) flyers in the sky but also keeping everyone safe. To assist with this further and with the sudden influx of new people joining the hobby due to cheaper and easier machines to fly hitting the market the CAA have issued basic guidelines that will be in every new "Drone" sold in the UK. Simple and Easy...the way it should be....See Below. 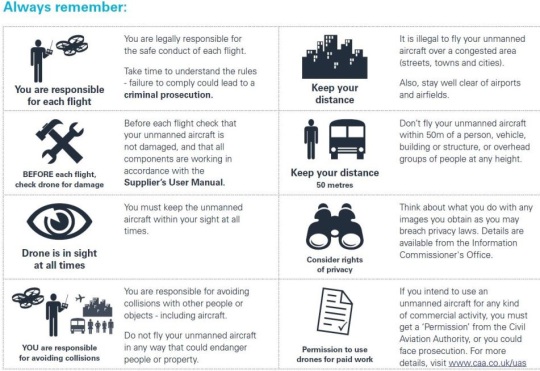 Well haven't the Civil aviation Authority been busy these past few months searching through first person view videos online and taken them to court. The latest is a Mark Spencer, 34 from Stoke on Trent who pleaded guilty for flying a small quadcopter without keeping direct unaided contact with the craft at all times and while carrying out the same flight over Alton Towers he also breached another rule which says you are not allowed to fly within 150 meters of a congested area.

The Civil Aviation Authority in the UK have issued guidelines for people flying within London area space and other cities in the UK. Please read through the document below and make sure that you fully understand before flying as the CAA are now starting to take action against us flyers for any unsafe flying and will prosecute as per the first case earlier this year if you breach there air space.

A copy of these guidelines can be found below.

DJI have recently launched new firmware for all Phantom 2 Users which will stop you from flying in controlled area space around commecial airports, however this strangely doesn't include Military bases. Watch the video in the link to fully understand how it works as well as the reasonning behind it. Also there is a full growing list of zones/airports covered.

A man from Cumbria has become the first person in the UK to be successfully prosecuted for the dangerous & illegal flying of an unmanned aircraft. Robert Knowles was found to have flown the device in restricted airspace over a nuclear submarine facility, as well as allowing the device to fly too close to a vehicle bridge. Both offences breached the UK’s Air Navigation Order. Mr Knowles, of Barrow-in-Furness, was found guilty on Tuesday 1 April 2014 & fined £800 at Furness and District Magistrate Court following the prosecution by the UK Civil Aviation Authority (CAA), who said the case raised important safety issues concerning recreational flying of unmanned aircraft. The CAA was also awarded costs of £3,500. Read the Full Story Here

Mark Zuckerberg, co-founder and chief executive of Facebook, announced on Thursday that the company was creating a new lab of up to 50 aeronautics experts and space scientists to figure out how to beam Internet access down from solar-powered drones and other “connectivity aircraft.”

To start the effort, Facebook is buying Ascenta, a small British company whose founders helped to create early versions of an unmanned solar-powered drone, the Zephyr, which flew for two weeks in July 2010 and broke a world record for time aloft. Facebook wants to explore whether access could be delivered more cheaply through both new types of satellites and unmanned aircraft.

The company envisions drones that could stay aloft for months, even years, at a time at an altitude of more than 12 miles from the surface of the earth — far above other planes and the ever-changing weather.

And to make the network more efficient, Mr. Maguire said, the planes would transmit data to each other using lasers before finally sending it back down to the earth. “You need to create an Internet in the sky,” he said. 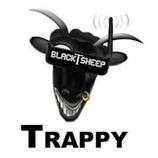 Am very happy to say that Raphael Pirker or Trappy of Team Black Sheeps case by the FAA in the states has been dismissed. The civil penalty, proposed in connection with Mr. Pirker’s operation of a videography drone at the University of Virginia in October 2011, was dismissed on the grounds that at the time, “there was no enforceable FAA rule or FAR Regulation applicable to model aircraft or for classifying model aircraft as an UAV. The FAA have issued a request for an appeal so its not over yet but I truely believe it will be dismissed again.

Unmanned drones are being used to help expand the recovery of oil reserves from the North Sea. Geo-scientists from the University of Aberdeen are collaborating with Norwegian counterparts in a ground breaking study. They're using ...remote flying machines to scan rock formations in difficult areas to improve their understanding of subsurface reservoirs. University of Aberdeen's Professor John Howell: "The advantage of the drone is that it allows us to collect large volumes of data from otherwise inaccessible cliff sections in remote and often dangerous places."

Drones could be used to defend N-east coast

According to some recent stories in local news papers if Scotland goes all on its own later this year there won't be enough money to protect and patrol the coastline. The answer........military drones. 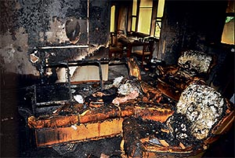 A family in New Zealand have nearly lost there home due to a LIPO battery overheating within a radio controlled helicopter while they were out. A Fire Service investigator Jon Rewi said “It looks at this stage like the battery either overheated or malfunctioned in some way,” he continued “Lithium batteries can spontaneously combust when they overheat.” Mr Rewi said they were trying to identify the type of lithium battery in the helicopter to be “absolutely sure” of the cause.

Read the full story at the Gisborne Herald

Please remember not leave any LIPO batteries plugged in, charging or unattended at anytime. Always store either outside or within a LIPO fire safe.