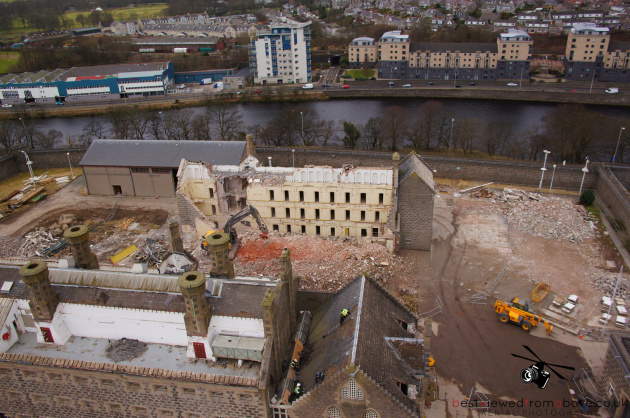 Craiginches was a medium security prison holding inmates serving no more than 4 years; Sited in the Torry area of Aberdeen on the banks of the River Dee it was built in 1890 for £36,000 and in 2009 had a capacity of 220, however there were some reports of overcrowding as an audit in the same year found the head count was 289.

In 2008 it was announced that Craiginches and HMP Peterhead prisons were to merge to a brand new £146 million state of the art facility based in Peterhead which is expected to hold between 550 to 750 male and female inmates. On the 10th January 2014 Craiginches closed its doors for the last time however decommissioning works are expected to last long into 2014.

Craiginches in 1963 was also the site for the last ever capital punishment hanging in Scotland and the first in Aberdeen since 1891 before it was abolished in 1965 by the "Murder (Abolition of Death Penalty) Act 1965". Henry Burnett was 21 years old when he was convicted for the murder of Thomas Guyan after shooting him point blank in the head with his brothers shot gun in a flat on Jackson Terrace in 31st May 1963. Henry as per Scottish custom at the time of sentence was buried within the grounds of the prison in an unmarked grave after executed on the 15th August 1963.

Recommend this page
© 2011 - 2020 BestViewedFromAbove.co.uk - The rights of all photography are reserved to Bestviewedfromabove.co.uk.
Login Logout | Edit page