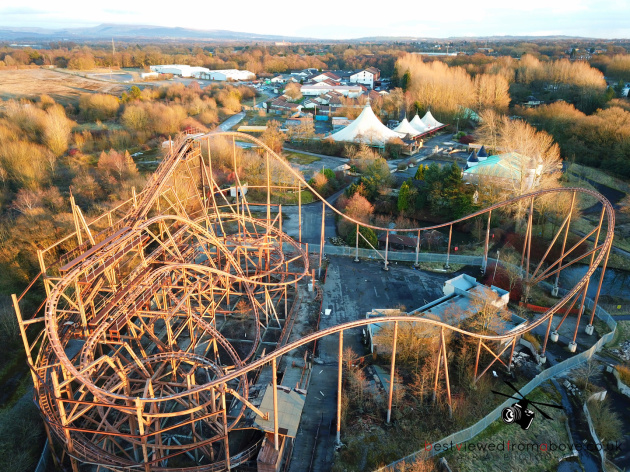 Aerial pictures of the Camelot Theme Park which is an abandoned theme park located on a 0.22 sq mile site in the English county of Lancashire, just off the M6 motorway.

The site was owned by The Story Group and was operated by Knights Leisure. The park featured many rides including roller coasters including the Knightmare which is featured in the photos. During the season of 2012 Camelot announced that they wouldn't be reopening for the season of 2013.

Most of the ride were sold off to other parks around the works, the rest have sat deteriorating to the condition there in today. On my unplanned passing visit to the site there did seem to be a paint ball like company signs, I believe this Is short term as there is planning permission being asked to build a large housing estate on the whole site.