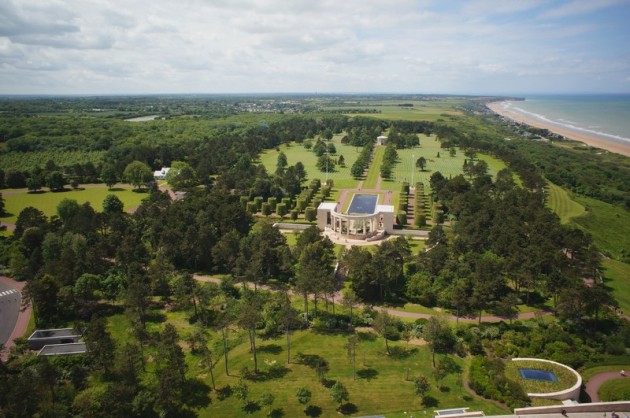 These were taken on the second day of my tour of Europe which would end at the Nurburgring in Germany for the Formula One. However, nothing could of prepared me for this truely overwhelming place. We decided to head to the beachfront first to see where exactly the landings took place and were surprised to see that a lot of the structures still stood. These included bunkers, tunnels and pill boxes which were very well preserved and you could even still see bullet holes and blast damage which brought back that this isn't just a tourist attraction but in fact a place where thousands of young men died fighting for our freedom. What they thought would be the end of the war by christmas - Sadly it wasn't

After we got down to the beaches we then headed to the American Battle Monument Commission building which had very high security indeed which did surprise me a lot considering is a war memorial. The building looks modern but yet fits in so well, it's also very quiet! I can generally say that the only sounds I heard were the odd cough and the aircon. One of the stories played on the big screen can be found HERE and its a small glimps of what happened to a selected few on that day and the days afterwords.

Next we took the short walk to the graves themselves and just couldn't believe how perfectly straight they were and most importantly how many grave stones there is, I mean you see them on films, documentories and pictures but until your actually there, standing right in the middle looking all around at the shear volume of graves - Its just so astonishing!

I think that during your life time you have to come here at least once, you will not regret it. As you will see in the pictures I did fly in the area but I made sure I was a good way away so that I didn't intrude on anyones experience and most importantly give the area the respect it deserves.

However I did get spoken to by security staff on the site as they were concerned about what I was up to so if anyone else plans to do this please ask for permission not forgiveness like me to save you getting the hassle that I did.