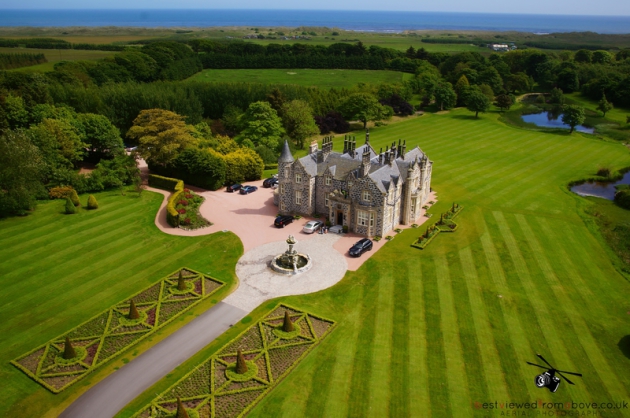 In 2006, Trump bought the Menie estate in Balmedie in Aberdeenshire announcing that he intended to create the best golf course in the world. The project included plans for a hotel, holiday homes, housing and two golf courses. It led to controversy, with opposition voiced by environmentalists. Planning permission was initially refused by Aberdeenshire Council but In 2008 the local authority was overruled by the Scottish government citing economic benefits Trump had promised as justifying the unusual step of permitting development on an Site of Special Scientific Interest (SSSI).

In 2009, Aberdeenshire Council received a request on behalf of Trump International Golf Links Scotland to approve compulsory purchase orders on a number of local homes by the scottish govenment however in a weird turn of events Trump International stated that it had "no interest" in pursuing compulsory purchase orders and that it had never applied for them.

An award-winning 2011 documentary film You've Been Trumped by Anthony Baxter follows the development's progress and it shows Trump speaking locally about his ambitions for the project, insulting a local farmer, who he claims lives in "a slum", and being awarded an honorary degree by The Robert gordon Uiversity, in spite of a professor at that university returning his own honorary degree in protest. It also queries the supposed economic benefits and examines the ecological impact and the effect on local residents.

When it was announced that the documentary was to be given its UK television premier on BBC 2 Trump's lawyers contacted the BBC to demand that the film should not be shown claiming it was defamatory and misleading - The screening went ahead with the BBC defending the decision to air.

Mr Trump objected to plans for an offshore windfarm to be built within sight of the golf links and in 2011 he wrote to First Minister Alex Salmond expressing his views that the planned structures were ugly. He denied that he was concerned only with the view from the golf links saying, "It is not only for my project, it is more to preserve Scotland's beautiful coastline and natural heritage". Later that year he announced that if the windfarm were built he would abandon his plans for the hotel and housing at the golf links.

Today at the time of writting there is not further development plans but you have to agree that what has been done looks fantastic, am hoping to get permission to fly closer to the golf course but we will see if this happens or not.