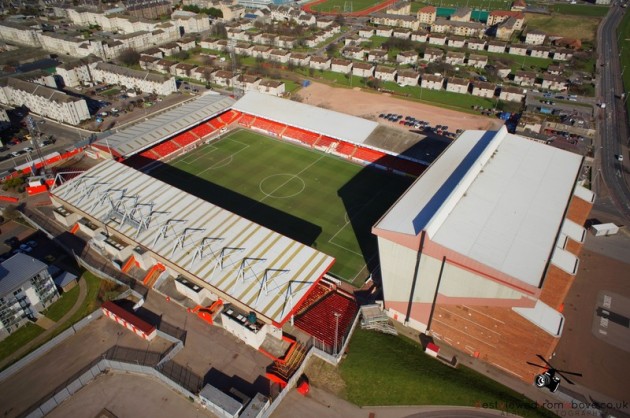 Here's some aerial pictures of the Aberdeen Football Club stadium sited at Pittodrie near Aberdeen's city centre. Home to the club since 1903 with a total capacity of 21,421 it is made up of four stands - Richard Donald (Dick Donald), Main Stand, Merkland Road (Family Stand) and finally the South Stand where also the away supporters sit.

There are plans for a new stadium to be build out beside the Cove area of the city but nothing has been set in stone, the plan for Pittodrie? Well as Stewart Milne is a major shareholder and club chairman we can all guess whats going to be built........just in case you don't here's a hint - Flats.