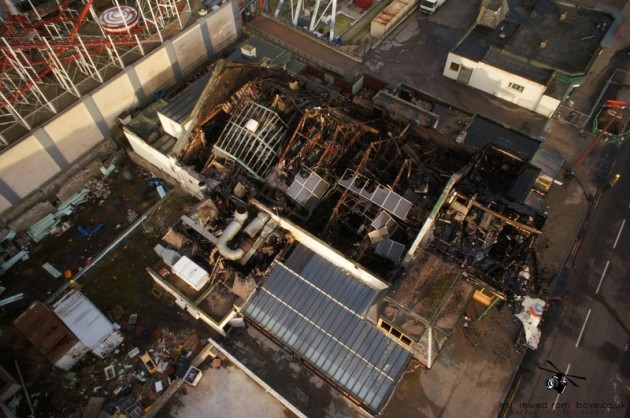 The fire at Jimmy Chungs chinese restaurant on the beach esplanade in Aberdeen started at around 04:30am on the 20th Feb 2014 but at the time of writing no formal cause has been found or been made available to the public. It took a total of 70 fire fighters just to get it under control and was still smoldering 12 hours later causing a huge amount of damage to Jimmy Chungs but worse still three other businesses were effected too, TC Fish Restaurant, Pier Bestro and ADS Janitorial.

The building that housed Jimmy Chungs was once called "The Gaiety" where it was a popular venue for Sir Harry Lauder, later it became the "Beach Pravillion" and the "Gaiety Restaurant"

Special thanks to the Evening Express for using my images on there paper published 22/02/2014.

Re-Building of Restaurants on Aberdeen Beach after Fire 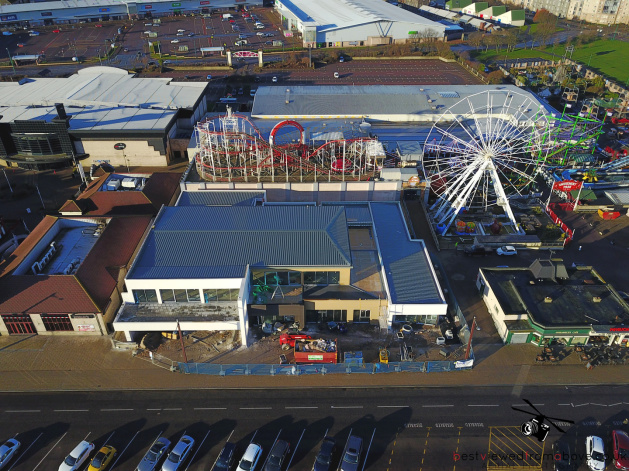 Fantastic to see a new building going in where 3 years ago to the day (20/02/2014) Jimmy Chungs burnt down along with a few other local small business effecting a lot of people. I just hope that the people involved are those building this fantastic looking building and normal service can be resumed.

These pictures even made the local news paper called the Evening Express - https://www.eveningexpress.co.uk/fp/news/local/new-restaurant-to-rise-from-the-ashes-three-years-after-being-destroyed-in-huge-blaze/?utm_content=buffer65004&utm_medium=social&utm_source=facebook.com&utm_campaign=buffer