Due to the outstanding work of Simon Dale, Chairman of the UK First Person View Association we have been issued with a new Civil Aviation Authority (CAA) Exemption which lasts until the end of September 2013. The key differences to last years is:-

But please read this from start to finish and make sure you understand it word for word, Simon has put a lot of work into this so lets keep it clean and safe.

DJI Innovation have finally released a GPS upgrade for all you Naza users out there. The Main features will be, Position Hold, Return to Home and Intelligent Orientation Control﻿ but don't be surprised if they release an OSD next. I think you have to agree they are changing the way us hobbiests fly...Forever! Available from Quadcopters.co.uk﻿ 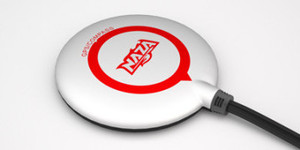 Best Viewed From Above has just joined facebook! I didn't plan too but a few people I have seen around Aberdeen while taking pictures have asked so here it is. I will post any new pictures and video's there before they are published on the website so click the like button to be the first in the know!﻿ 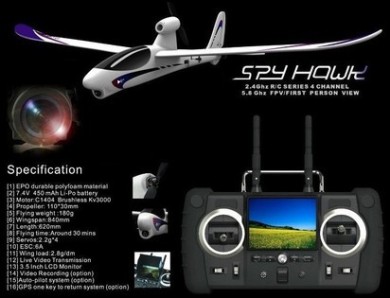 From out of nowhere a new radio controlled plane which is ready to fly complete with first person view equipment already installed. Check out this Video Review from the flitetest guys, you can also preorder yours here in the UK at firstpersonview.co.uk.﻿

This month the Civil Aviation Authority or the CAA issued a new version of the CAP 658 which covers model aircraft used for sport and recreational purposes. These guidelines are what will help keep you and the public safe from dangers by misuse and stupidity. Make sure you have read, understood and remember all points prior to any radio controlled flying!﻿

Not yet released but Horizon Hobby have announced that the first Quadcopter from Eflite will be with us soon. It looks like the perfect machine for anyone wishing to get into Multirotors inside or out. Two versions will be release which will be BNF and RTF, priced around £100-£120. One nice feature is it can be quickly flipped from an X for stable flight to fast and nimble +. Click here to see preview video. Looking forward to seeing this in the flesh!﻿

Tricopter 3.0 is flying and a build log can be found in the Projects page BUT am getting some strange issues with the right arm even after changing the ESC and Motor. Also still getting used to the new CopterControl Board installed and the GCS so not flying on rails yet so new Pictures and Videos will be a week or two away.

In the meantime I have added a new section called "Featured" Where I will put my Favourite pictures and Videos from other fliers for you all to watch. 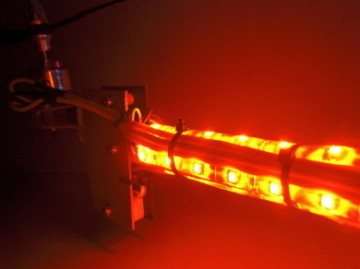 Coming soon the Tricopter 3.0 will be running the super stable CopterControl stability system, The new GoPro 2 HD Camera, 5.8 Ghz Video downlink and finally as its getting darker nights it will have a full LED lighting system!﻿

New GoPro Hero 2 - Twice as Powerful as The First

Video above says a lot more than I could, Lets just say the best just got better! Check it out HERE.﻿ 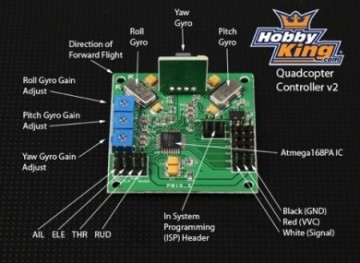 This latest edition of the KK Board released by Hobbyking.com has a new Atmega168 processor which has extra memory that allows you to upgrade to the XX firmware giving you more stability and features. It comes as standard in the quad configuration but can easily be changed using the ISP header socket to Tricopter and so on. At $24.79 its a bargin.﻿

Above are the results from the UK 3D Championship which took place in the fantastic venue Croft Farm Waterpark in Tewkesbury. Top respect for the pilots taking part as Sunday's weather wasn't exactly great but Friday and Saturday was a total scorcher! Very good weekend indeed.﻿